The first-hand account of an underage teen who enlisted in the Marines, and saw combat as a sharpshooter in the South Pacific during World War II, earning, among other citations, two Purple Hearts. 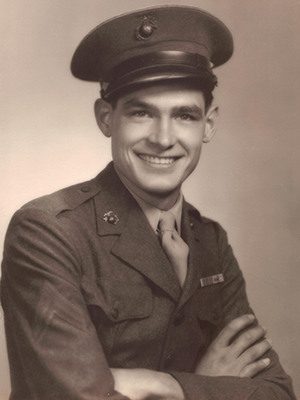 Marty Yauga was an underage teen who required parental permission to join the Marines during World War II. His mother agreed, with the understanding that her son would not be sent to Pearl Harbor in the aftermath of that bombing. Instead, Marty saw combat in the South Pacific, facing battles on Bougainville, Guam, and Iwo Jima as an accomplished sharpshooter. He recounts his experience from the perspective of a young person caught up in momentous times, relaying the simple pleasures of a hot shower or ice cream alongside poignant descriptions of the War. Marty was awarded a number of citations, including two Purple Hearts. A laconic New Englander, his first-hand account is told with good humor and stoic understatement.